Start-up insights: about that last round valuation 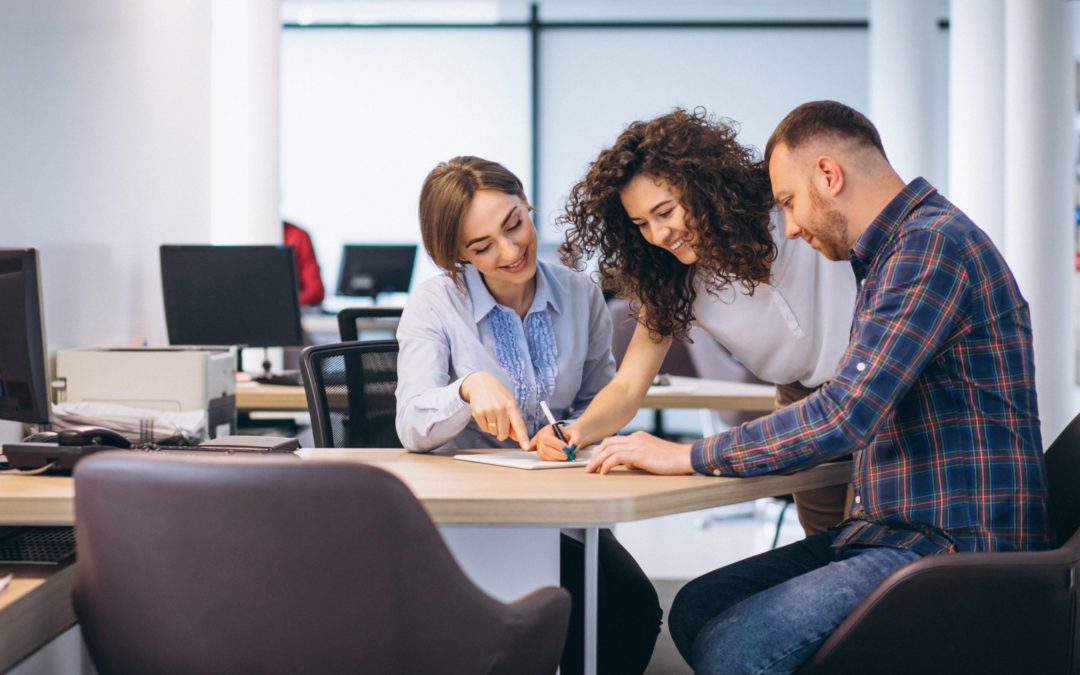 “This round is valued at £6m pre-money. That’s because the last round closed at £3m. Back then, it was just me. Now there are two of us.” 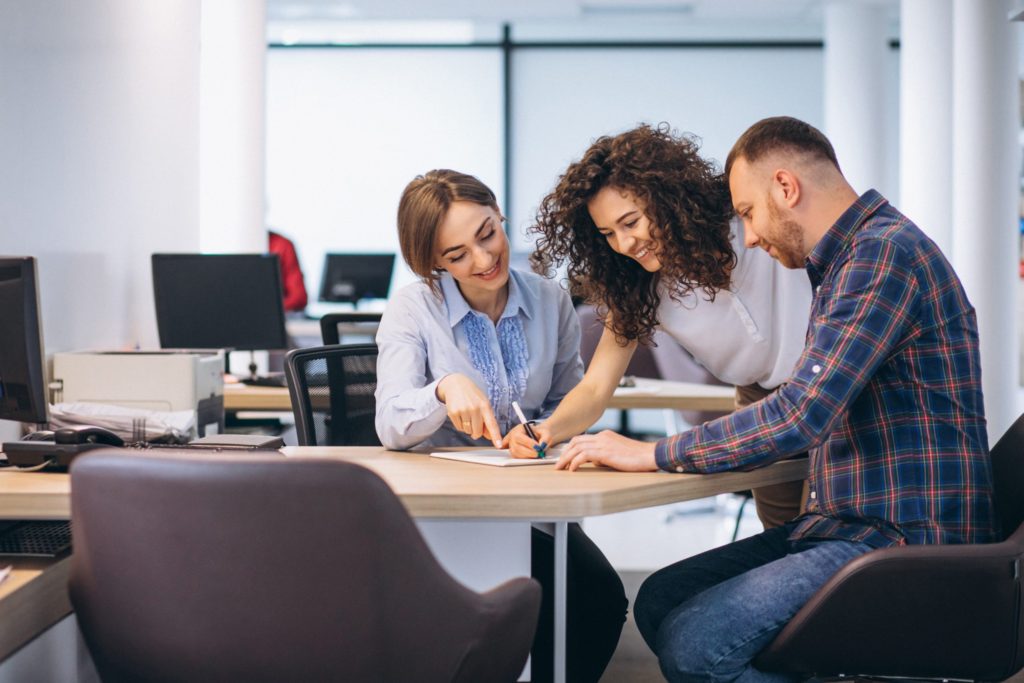 Back to valuations and pricing. This post is a brief journey around some of the arguments about why venture and angel investors should not be held hostage to the price paid by some other folk, long ago, and in a different land.

Your money, your price.

It happens a lot that the last round valuation becomes the focus of the price negotiations. It shouldn’t, but you can see the reasoning. Most other measures of price are best-guesses, whereas the price per share paid last time is a hard reference point. But just because it’s a known and specific measure doesn’t make it good, or relevant.

Fundamentally, the new investor needs to come in at a price that makes sense to them. That has nothing to do with the last round price, or the founder’s expectations, or even whatever price someone else might pay. The short read of this post is that investors should just walk if they can’t get a price that gives them a benchmark return. But read on if you want a checklist of more specific ways to refute the argument.

That was then, this is now. When a listed company goes on the road to get a placing away, the investment bankers would get laughed at if they tried the argument “on 1st January the price was £10, and management have done a lot in the last twelve months, so the issue price will be £15.“ Forget Brexit. Forget Covid-19. Forget everything else that’s happened in the big bad world outside your doors.

The last round investors won’t budge

Shareholder intransigence is actually relevant, but only indirectly: its real impact is that it can make it hard for the company to get funded.

We’ve got sympathy for current investors (half the time, it’s us, after all). You work hard to find and complete an investment, you burn time and heartache to support the founders, just so that some opportunist can steal a chunk of the company off you. You might know, in your bones, that dear old SaaSco has been through the wars and taken a few hits – you might even be holding it at a reduced valuation –  but it’s hard to accept the cold reality of seeing an SH01 filed at Companies House with half the share price you think you deserve.

But deals need to be done, and done at the right price for the new investors. The harsh truth is that either the company proves the point and finds investors at their target price (well done them, let’s move on), or the current investors fund it themselves (on which point, exactly why aren’t they doping that anyway?), or it turns out that our offer is their best hope, or ……….poor old SaaSco just runs out of money.

Just how real was that price?

Get a copy of the last round documentation (all of it, ask for full disclosure) and the Companies House filings.

At the basic level check the maths – consideration paid, shares issued, total shares in issue now, option pool – and derive the last round post-money valuation for yourself. Now, here’s the astonishing thing: sometimes the founders are wrong. In truth, it’s more likely that they’re hopelessly confused, rather than playing games but, either way, the negotiations just moved in the new investors’ favour.

The last round price can be mis-stated in more subtle ways. Non-cash consideration can be particularly tricksy. Take the following example.

DigitalCo did some work for SaaSco. They got paid for the salary costs in cash. The profit, however, was rolled into equity. Who’s to say whether the mark-up was fair – or even if it was real? Should the new investors really be following this guiding star?

Other examples of misleading non-cash subscriptions are:

New investors should check that what they’re being sold is the same as the instruments issued in the last round. Take the example of a convertible loan note. In that case, the subscriber gets a valuable fall-back (repayment) plus upside if things go well (conversion into shares). So the CLN subscriber can accept a higher conversion price than if they were subscribing straight into equity – because they’re getting a better deal. The price paid for a structured instrument just isn’t a good benchmark for pricing an issue of equity.

For the same reason, the price paid for shares with different rights (an exit preference, say) or the fall-back pricing in an Accelerated Subscription Agreement are poor guides for the pricing of a subsequent issues of shares.

DSW Ventures price deals on a gross basis. That is, we aim to make a long-term market-rate return on a portfolio of investments regardless of tax relief. Any EIS relief simply adds to that return.

It takes discipline to hold this line, and a trend of steadily increasing multiples being paid by early stage investors suggests that most of the tax benefit is being passed on to founders. This is particularly the case for SEIS-stage investors who are, at the extreme, risking only a quarter of their investment, thanks to SEIS reliefs, and seem increasingly distracted from the intrinsic worth of the businesses which they back.

So for follow-on investors like DSW Ventures, the challenge is to negotiate a red-line through the marked-up SEIS-round pricing and substitute something that looks more thoughtful – which might even be a down-round.

What were they thinking?

Sometimes we look at the last round pricing on a proposed deal and shake our heads.

Easy in hindsight, of course, to be wise. It’s worth remembering as well that sometimes it’s better to travel than to arrive (every start-up can be made to look like a unicorn and get a valuation to match, but after three years’ hard work and with just £10k MRR, the founders can be judged on what they’ve actually delivered).

The more fundamental point, however, is that many – maybe most – venture stage investors haven’t a clue how to value a scale-up business (ok, accepted, DSW Ventures have to do a bit of guesswork too). Some just don’t care, as their model is simply to act as a marketplace for investors and founders to meet and mate. So, unless the previous investors are someone we respect, with a track record of investing and turning investments back into cash at a profit across their portfolio, then really is there any reason why we should pay any heed to their pricing?

Another issue is the distracting agenda – where the agenda isn’t about making money. Think about the trading partner who is supporting a customer, as one example. They have much more to gain in long-term margins than by squeezing every last penny out of the investment round. Corporate and social responsibility might have been a prime driver, or maybe government were investing in a region as part of a levelling-up agenda. All very worthwhile, but we need to consider whether those investors could have made the investment analysis work, purely based on financial considerations.

Each round, and each new investment you look at, needs to work for the new investor. That said, founders and prior investors get really hung up about the previous round price. I hope the above helps dissect the various considerations, to help both founders and investors get a clearer understanding of what really matters.

As we said at the top of this article, your money, your price.