One good tea deserves another! Events booking platform clocks up over 5,000 deliveries 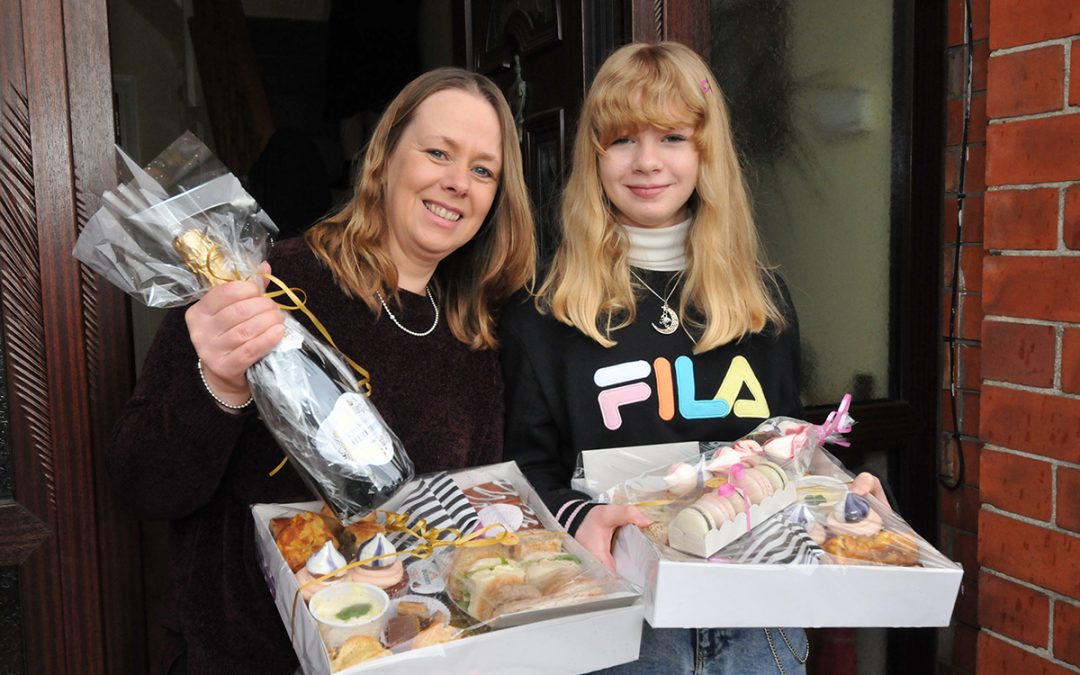 An events booking platform which has found a new line of business delivering afternoon teas during the pandemic is celebrating its 5,000th booking. 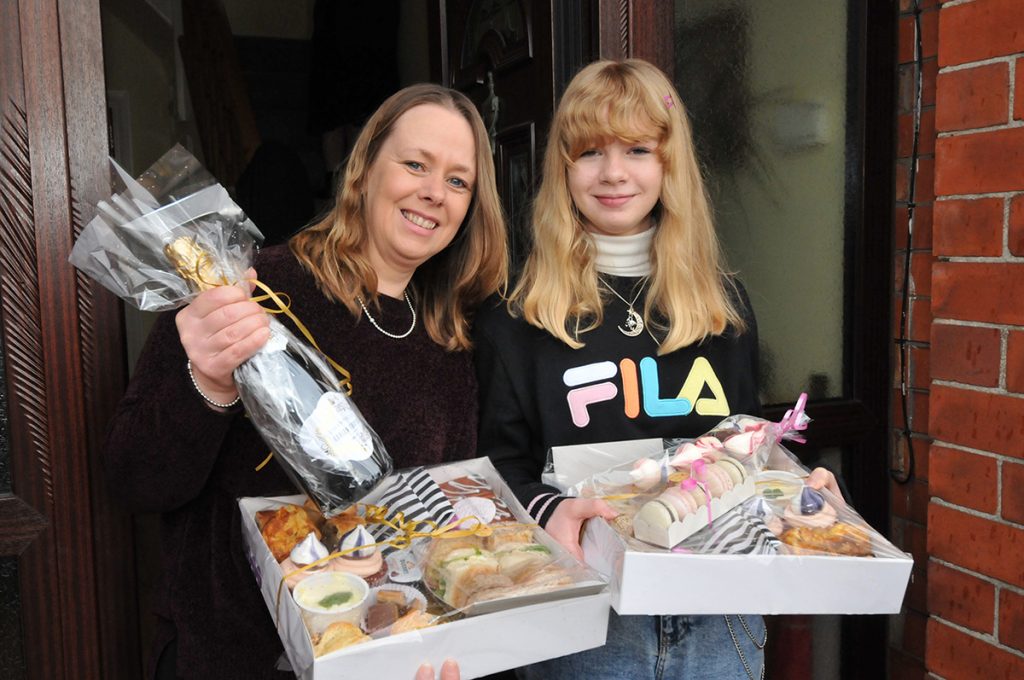 Customer Angela and her daughter, the recipients of the 5,000th afternoon tea

Poptop – which is backed by DSW Ventures – has been helping people throughout the country to celebrate special occasions at home.  Since launching afternoon tea deliveries in May last year, it has received bookings from as far away as America and Australia, as family and friends have made surprise gifts to loved ones in the UK. It delivered over 550 teas on Valentine’s Day and expects more than 2,000 bookings for Mother’s Day in March.

The company believes afternoon teas have played a key role in helping to maintain the nation’s spirits during the lockdown, as well as providing valuable income for caterers. One example is chef Mike Heaney from Elegant Eats in Manchester, who made the 5,000th delivery. Mike, who is currently also working part-time in a care home, says: “Afternoon teas have been a lifeline for Elegant Eats and it has also been amazing to deliver some joy to the public during these hard times.”

For the recipient Angela, afternoon tea was a surprise birthday gift from her sister Colette, who was returning the favour after Angela booked a delivery for her silver wedding anniversary last year. To mark the occasion Poptop sent a bottle of champagne. “It was such a lovely surprise,” said Angela. “Afternoon tea is something that we’ve done as a family before lockdown and always enjoyed.”

Poptop, whose platform is normally used by customers planning weddings and parties, has over 14,000 suppliers across the UK. Its CEO Eugene Shestopal comments: “Afternoon tea is a traditional way to mark special moments and was popular for private parties before the pandemic. Demand for cream tea deliveries surged immediately after the announcement of the first lockdown and has been growing since. With social gatherings restricted, afternoon tea has become a symbol of joy, a reminder of the good times and a very popular surprise to cheer up friends and family during this time.”